"Contrails" is the eleventh episode of NBC's Manifest. It was directed by Marisol Adler, written by Matthew Lau and Bobak Esfarjani and premiered on January 14, 2019.

Ben heeds Cal's calling to help Captain Daly clear his name for what happened to Flight 828, and the journey uncovers a seeming conspiracy that stems all the way back to the day the plane disappeared. Meanwhile, Michaela assists Autumn in her own journey of redemption, but has Autumn truly set out to redeem herself, or is she still working against the passengers?[1]

Note:
*:Only in archive footage 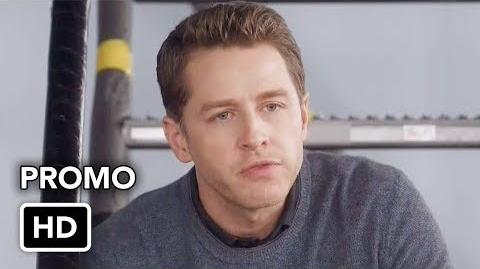 Retrieved from "https://manifest.fandom.com/wiki/Contrails?oldid=3049"
Community content is available under CC-BY-SA unless otherwise noted.