"Unclaimed Baggage" is the fourth episode of NBC's Manifest. It was directed by Craig Zisk and written by Laura Putney and Margaret Easley. It premiered on October 15, 2018.

When a mysterious message leads Saanvi to the flight attendant of 828, she enlists Ben's help in uncovering a secret about the plane. Meanwhile, Michaela begins to question the nature of the callings when one goes horribly awry, leaving Jared to suffer the consequences.[1] 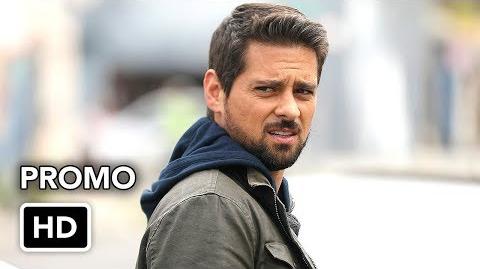 Retrieved from "https://manifest.fandom.com/wiki/Unclaimed_Baggage?oldid=3218"
Community content is available under CC-BY-SA unless otherwise noted.