"Vanishing Point" is the twelfth episode of NBC's Manifest. It was written by Jeff Rake and Gregory Nelson, directed by Millicent Stanford and premiered on January 21, 2019.

When Cal is discovered missing from his bedroom, Grace and Ben launch a desperate search which takes them to the remote mountains of upstate New York. A tantalizing trail of breadcrumbs leads them to a startling, game-changing discovery. Meanwhile, Michaela confronts the deceptive Autumn, and the shadowy "Major" finally makes an appearance.[1] 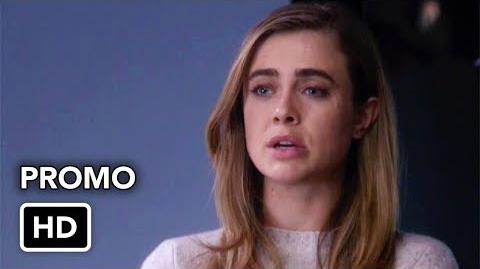 Retrieved from "https://manifest.fandom.com/wiki/Vanishing_Point?oldid=2900"
Community content is available under CC-BY-SA unless otherwise noted.